6 Reasons to Call a Telecom Agent 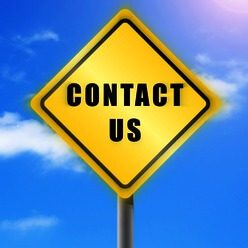 If you outsourced your IT, you should outsource your technology procurement as well. Many companies are utilizing IT consultants instead of placing the IT responsibilities on a less than qualified employee or having a full time IT person on staff. In the 90s and early 2000s, if you were selling telecom services, you dealt with a company’s IT person. Now, often you could be dealing with an office manager or administer that really doesn’t know the technology. Why have someone whose area of expertise is not technology, making the decisions regarding your company’s telecommunications. Call a telecom agent instead. That person can evaluate your company’s requirements and find you the most appropriate service at the best price.

Technology is changing rapidly. Telecom contracts typically run 36 months. If your office manager was involved three years ago, they might have gained some expertise during the process, but everything has changed since then. Expert telecom agents deal with technology on a daily basis and keep abreast of all the latest products and services.

If your services aren’t working properly, it’s probably the wrong setup not necessarily the wrong technology. Many businesses are down on Voice over IP, for example. They complain about the call quality and dropped calls. But that’s probably because they purchased the wrong VoIP service. Telecom agents know which services work and what doesn’t and they want their clients to be happy so they’ll continue to be clients.

Save time. Employees today are pushed to their limits. The last thing they have time for is to shop telecom. If you contact a telecom agent, they’ll shop for you. You won’t have to conduct multiple meetings with multiple telecom companies and then deal with all the follow up. One call and one meeting is probably all it will take. After the agent understands your needs, you can continue to work with that same person in the future, saving you even more time.

Save Money. Telecom agents shop multiple carriers and pit carriers against one another. Telecom agents don’t add to the costs, they drive costs down. That’s why most entrenched carriers restrict agent involvement. A major wireless provider won’t let its agents sell 4G. A major CLEC labels many large businesses as “named accounts” and restricts agent access to them. A large cable company refuses to adopt an agent program. As competition grows, these restrictions tend to disappear.

If you would like to experience the difference a telecom agent can make, contact CarrierBid today or complete the web form on the right side of this page.