Do We Still Need to Capitalize the I in “Internet”? 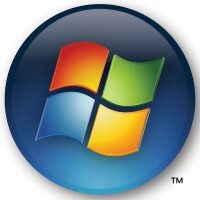 Every time I type the word “Internet” and don’t capitalize the “I”, Microsoft Word marks my work with a green line and suggests that I should.  If you’ve written as many articles about telecommunications as I have (148 so far), there are two things you hope for: your words flow and that there are no red or green markings on your page when you’re done writing.

There are two inanimate objects I routinely argue with, Microsoft Spell and Grammar Check and my GPS.  I learned to turn the sound off of my GPS (has made a big difference).  I have a harder time ignoring Microsoft.

The thing about Microsoft’s insistence that you capitalize the I in “internet” is that it feels like the instruction is coming from Bill Gates himself.  I’m sure he had some involvement in the internet’s inception, so it makes sense that he would want it to receive the proper respect.

When I got started in telecom, there was no internet.  When it comes to technology, telephony was my first, internet my second.  When I write the words, “business phone and internet” I would feel bad if I capitalized “internet” but not “phone”.  It would be like capitalizing my second daughter’s name but not my first.

Interestingly enough, this isn’t a topic that has gone unnoticed.  If you start typing in the phrase “does the word internet need to be capitalized?” into Google, it auto completes the phrase before you reach the word “internet”.  Wikipedia has an entire article about the subject.  In 2002, The New York Times declared that “internet” has changed from a proper noun to a generic term.

I’ve decided that I’m done with capitalizing the I in “internet” – green underlines be damned.  Try it.  It feels good to ignore Microsoft.  I mean who are they to be imposing this rule on their users?  Haven’t they imposed enough?

If you would like to receive more information regarding CarrierBid telecom consulting, please complete the form on the right side of this page.