Enhanced 911 Could Save Your Life 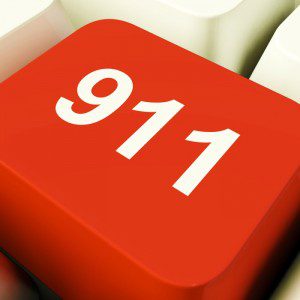 E911 stands for Enhanced 911.  Instead of limiting 911 to being an easy number to remember and dial, in the event of an emergency, E911 provides location and identity information, as well as a call back number, to emergency services personnel.

The importance of E911 lies in the fact that some people that dial 911 are unable to convey location and identity information to the operator.  In such a circumstance, the operator is still able to dispatch assistance to the caller’s location.

E911 was relatively simple to administer when the majority of people dialing 911 were doing so from a hard wired phone line.  Those lines are static or fixed, meaning they have defined location and subscriber information.

E911 became more challenging when wireless phones became popular.  A person dialing 911 from a wireless phone might not be calling from their place of residence.  Subsequently, 911 administrators had to come up with a way to determine where a wireless caller was located.

Wireless providers use a technology called triangulation to determine the location of a wireless caller.  Triangulation factors angle and time difference of call arrival to the three closest cell towers to locate a caller.

Triangulation requires line of sight, which can be difficult to achieve in mountainous regions or in urban areas with tall buildings.  Verizon, T-Mobile and Sprint incorporated GPS to overcome line of sight challenges.

Voice over IP (VoIP) is another E911 complication.  A VoIP phone will work anywhere there is an internet connection.  An employee could take his or her phone and work from home, for instance.  SIP trunks aren’t static voice circuits, like traditional phone lines, they’re session initiated.  Traditional phone lines reside in a specific location.  Phone companies, like AT&T, Verizon and CenturyLink, can identify exactly where a call is being placed when it is made on a POTS (Plain Old Telephone Service) or PRI.

SIP and VoIP allow for out of area phone numbers, so a phone number that would traditionally ring in Denver, CO, for instance, could ring in Philadelphia.  Outgoing calls can be made to look like they are local when they are actually being placed in other cities and countries.

Companies need to ensure that their employees can reach 911 emergency services and be located if they are incapacitated.  If you would like help with your company’s adherence to the FCC’s E911 regulations, contact CarrierBid telecom consulting services today.