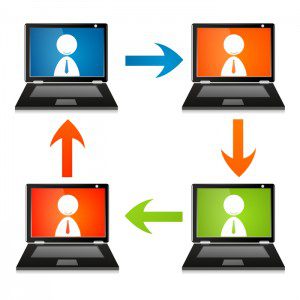 The following is the 1st part of a multi part series detailing a company’s original voice and data setup and their eventual move to Multi Protocol Label Switching and SIP.

XYZ company is retail chain based out of Chicago.  Currently the company has a total of 500 locations that were opened between 1999 and 2004.  Their locations are spread across the continental United States, with anywhere from 2 to 20 sites per state.

There are 475 stores, 18 distribution centers, 4 regional offices, 2 call centers and I headquarters.  465 of the stores have one PRI and three analog lines (1 fax line and 2 others for burglar and fire alarms).  10 are smaller stores, in more rural areas.  They have 9 business phone lines each.  The distribution centers have a total of ten phone lines per location. The regional offices are setup like the larger stores with a PRI and 3 POTS lines.  The headquarters and 2 call centers have 4 PRIs and 12 business phone lines each.

There is a PBX phone system at each of the locations with PRI.  A small phone system was installed at the smaller stores and the distribution centers.  The equipment costs were just under 8 million dollars.  All the systems work independently.  All were programmed separately and managing something as basic as the biannual time change is a significant undertaking.

All the locations have regular phone communication with the company headquarters and regional offices.  The company averages $150,000 a month in long distance billing, a quarter of which is derived from calls between offices.

Where should he start?

If you would like to receive more information regarding CarrierBid telecom consulting services, please complete the form on the right side of this page.