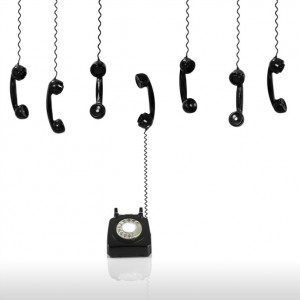 Unbundled Network Elements (UNE) was mandated by the United States Telecommunications Act of 1996.  Basically, it means that Incumbent Local Exchange Carriers (ILECs) (the phone companies) (Verizon, AT&T, CenturyLink) are required to let other companies resell parts of their networks.

A Competitive Local Exchange Carrier (the phone company’s competitor) (XO, Windtream, TW Telecom…) can utilize parts of the incumbent’s network (local loops, access to switches and DSL multiplexers) to deliver services.  Some CLECs own their own switches and only utilize the incumbent’s local access and colocation space.  Others use the ILEC’s service from start to finish.

When a carrier utilizes the UNE-P they do not need their own facilities.  They only need Facilities Based Certification from the Public Utilities Commission.

The UNE-P is made up of local loop (or access), switches, transport facilities between switches and the software to make everything functional.

What does this all mean to you?

More competition typically means better pricing.  Some people don’t want to deal with resellers and subscribe to a “the one throat to choke” mentality.  Meaning, they want to go directly to the source if there is an issue and not deal with an intermediary.

CLECs will make the argument that they are the Incumbent’s largest customers and that their call will be answered before other, smaller customers’.

I like to deal with companies that have at least some network in place.  Without that, there’s not much keeping them in business.  If they have nothing to lose and things aren’t going well, they’re more likely to pull up shop and leave the business.  Also, they don’t employ the technical people that help maintain and expand their network.  That type of person helps a technology company stay grounded.  Without them, sales and marketing people might make deals that aren’t realistic, that end up costing the company money.

The alternative to UNEs and UNE-P are local monopolies.  There, you’re buying directly from the source but paying a premium to do so.