8 Telecom Industry Secrets & What They Mean to Your Business

Home >> 8 Telecom Industry Secrets & What They Mean to Your Business 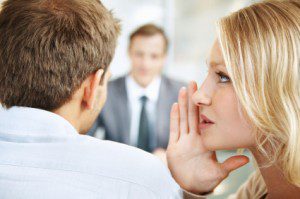 If you have business phone service from the local phone company, you need to review your bill each and every month.  Incumbent phone companies act as billing agents for other businesses, some are less then ethical. These charges can be triggered by opening the wrong link on an email or webpage, or mistakenly approving a service during a solicitation call. The charges are easy to reverse and remove.

That’s because the companies that charge them don’t want complaints to get back to the phone company billing for them. There are Federal regulations in place to protect consumers but they don’t help business customers. If you’re a small business owner, make sure you have someone reviewing your billing each month. If you’re a large business with multiple locations, it might be easier to change service providers.  Competitive Local Exchange Carriers do not make third party billing arrangements.

Because business Internet access is not a regulated service, like business phone service, it seems like anything goes. Most telephone and internet providers insist on 60 days notice, prior to your contract expiration, to cancel service. If you don’t give the notice, your contract will auto renew for the original term. The key is to understand the auto renews exist and give notice anytime prior to the number of days requirement. It is acceptable to submit a cancellation notice at the time of contract signing, for instance. It’s also possible to negotiate auto renews out of new contracts.

sometimes it’s cheaper to purchase an integrated T1 and not use the phone service. Because competitive local exchange providers believe they will benefit from the usage component of an integrated T1, they under price the service. Since integrated T1s offer dynamic bandwidth, a business will receive the full 1.5 Mbps of bandwidth if no one is placing phone calls on the circuit.

4. All Carriers Are Resellers:

Don’t let incumbent phone company sales reps talk you out of using one of their competitors because they are so called “resellers”. As a way to get around regulators, incumbent phone companies have created separate companies, inside the same organization. There’s the company that sells regulated services, like local phone service, and the company that sells unregulated services, like Internet access. Many times the unregulated company has to purchase services from the regulated company.

VoIP has sullied reputation and some businesses avoid it like the plague. Even if you utilize copper phone lines, at some point your voice communication will leave the Public Switched Telephone Network and be transported over the Internet. That’s because the quality of VoIP now rivals traditional phone service and it’s much more cost-effective to utilize VoIP.

Especially Competitive Local Exchange Carriers, engineer their billing to make it appear that their pricing is less than it actually is. For instance, these providers will break out the cost of an Internet T1 and then list a minimal dollar figure under the heading “Internet T1”. This makes their customer believe they are paying a lower amount for their service.

If a competitor solicits the business and inquires about their current charges, the customer will quote the low figure. The soliciting sales rep won’t be able to match the price. That person may know the figure is inaccurate but it takes a very nimble sales rep to convince the customer of that and risks ending the call in an argument.

8. There’s No Such Thing as a Streamlined Contract:

If your carrier sales rep hands you a two-page contract and brags about how his or her company streamlined their contracts to make them easier to read, don’t be fooled. The contract will most likely be tied to a Service Guide that’s posted on the Internet. Service Guides are written by the carriers, can be changed and include terms that are adverse to customers. It’s possible to override terms in the Service Guide, in the contract, but you need to know what’s in the Service Guide to do so.