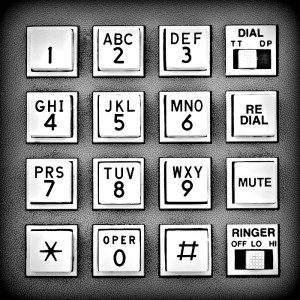 Direct Inward Dialing phone numbers.  These are used with a PRI class of service.  That could be a PRI, sometimes referred to as a voice T1, or an integrated T1 with PRI capabilities.  With a PRI, you have 23 channels for phone calls that are shared by multiple users.  In a business each employee might require their own number but doesn’t need their own phone line, because they aren’t all on the phone at the same time.  It’s also a question of economics.

A typical POTS line costs $40 a month and if you have 12 or so, it’s more economical to have a $500 a month PRI. DID’s are offered by every major provider, like Qwest, AT&T and Verizon and most competitive providers like Integra, TW Telecom and XO.

A good example to use is a car dealership. Car dealerships employ a number of people, most of the employees need a phone number, but their positions don’t require a lot of time spent on the phone.  Let’s say a dealership has 40 employees.  40 business lines would cost about $1600 a month.

That doesn’t count all the other lines required for faxing and alarms.  Most of those lines would hardly be used.  A PRI with 23 channels and 100 DID’s would cost less than $600 a month and the 23 channels is offers would be more than sufficient to handle the call quantity for the dealership used in this example.

Number porting is the mobility of phone numbers from one provider to another.  This made competition possible in the telecommunications industry.  No matter how much money a business might save by changing providers, there was little chance they would do so if they had to change their phone numbers.

Number porting is one of the main sticking points when moving from one phone service provider to another.  Every carrier has their own time schedule for porting and if something goes wrong in the order process, the porting clock has to be restarted.  Phone numbers can be ported from incumbent carriers, like Qwest, to competitive providers, like Integra or vice versa.

This could be three digit or five digit or any number of digits actually, but it’s a term used to describe the ability to dial an extension to reach a coworker, instead of the full phone number, inside an office or between branches and is a function of a phone system or PBX.  With VoIP, this set up can eliminate toll charges between distant offices.

The practice of making a phone call appear to be originating from a location other than the one where it was actually placed.  This is used by some call centers to make phone calls appear local, so they’re more likely to be answered.  It has been made possible with the use of VoIP.