Carrier Reps and their Comp Plans 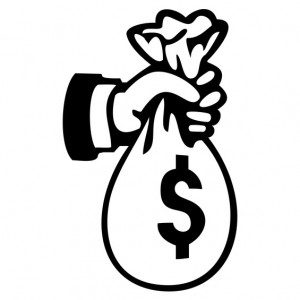 If you’re in the market for business phone and internet service, you have two choices: work through an independent telecom agent or directly with the carriers.

Some businesses don’t see the value in working with an agent; they view the agent as a middleman and adding to the cost of their services. But almost every carrier operates two sales channels: a direct channel and an agent channel. The only way both channels could be successful is if they had access to the same pricing and products.

Agents can’t get you better pricing. What I mean is, they can’t get you pricing that doesn’t exist. What they can do is find you the lowest possible price, negotiate lower pricing and provide you with more pricing examples.

The pricing you receive from a carrier direct rep probably isn’t the lowest pricing available. Carrier reps are heavily influenced by their companies’ comp plans. Carriers, like AT&T, CenturyLink and Verizon, want their sales reps to sell the companies most profitable and stickiest services and design their comp plans accordingly.

The most profitable is a managed service, like MPLS. Instead of buying just a circuit, a company leases equipment as well and pays to have carrier technicians monitor and service everything. But if your company employs an IT staff or consultant, you’re already paying someone to monitor and manage your technology.

Sticky services are services that require user training and can be challenging to transition to and away from. Hosted VoIP is considered a sticky product because it includes phone equipment that requires user training. It’s much easier to replace the phone service and internet access that sits behind the user interface. It’s much more challenging to replace the user interface as well.

Carriers love selling managed and sticky services because when selling those services it is less about price and more about functionality and other factors. Also, their more likely to retain the customers that subscribe to those services.

I’m not claiming that agents don’t sell managed and sticky services, I’m saying that they are less influenced by the carriers. If you’re a carrier rep, it’s not enough to make sales; carriers require that their sales people sell certain products and services. Carrier comp plans are designed to steer certain behaviors. It doesn’t just affect the sales people; sales management is similarly compensated and instructed to dictate the behavior of their sales reps.

If carriers attempt to steer their agents in a similar manner, they could always sell another company’s products. Their responsibility is to find their clients the best and most appropriate solution. If an agent attempted to work solely for the carriers he or she represented that person would go out of business. On the other hand, if a carrier rep focused too much on their customers’ needs, the rep might be out of a job.

So, again the choice is yours: Do you want to work with a carrier rep that is heavily influenced by a comp plan or work through an agent, who is working for you?

If you would like help procuring any business phone and internet product or service, contact CarrierBid telecom consulting today or complete the form on the right side of this page.