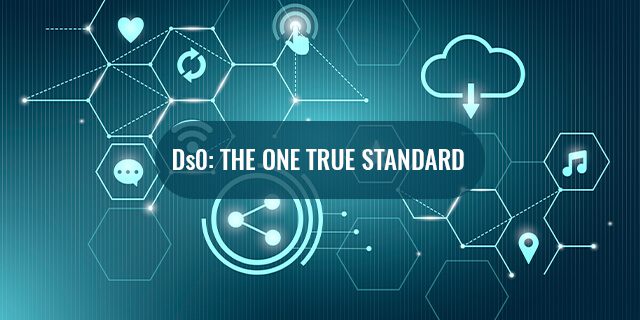 What is Digital Signaling Zero (DS0)?

What Does DS0 Mean?

How Does DS0 Work?

DS0 comprises one 64kbps channel that is considered as a building block of its T1 transmission line. One T1 line consists of 24 Ds0 channels.
Unlike other DDS, Ds0 remains the same in Europe, the United States, as well as Japan. It is considered as the building block of the Telecom revolution and can be utilized in aggregate forms or by itself.
The 64kbps basic rate can transmit individual phone calls making it the backbone of the Telecom sector voice as well as data structures. This rate is just an estimate as the real available bandwidth will depend on the signal encoding standard that is being used.
Ds0 does not use a framing format. In this way, it is different from faster versions. In fact, anything more than 56 kbps in speed is typically a fractional connection.
Digital signals transmitted by carriers in the Telecom sector are multiples of Ds0. These can be Ds1, Ds2, DS3, and so on. These multiples can be different depending on your location or carrier. For instance, you might be accessing the T-carrier in North America and the E-carrier system if you are in Europe.

What is the relationship between DS0 with DCCS?

A DCCS device can have different names depending on the vendor providing this service. It is also known as DACS, or digital access cross-connect switch. As the name suggests a DCCS switch is used for connecting calls between users. The switch is capable of performing A / D & coding. Apart from this, it can also circuit switch calls and perform multiplexing or demultiplexing trunks into different ds0 circuits.

What is the capability of DS0 on voice and data?

Standard residential voice call begins on your device as a simple analog call. This analog signal is converted by your telephone device into an electrical signal that travels on a copper wire.
The copper wire transmits just the single voice portion of your call into the central office where the signal is converted and transformed into different digital pulse codes. These are Ds0 digital pulse codes. 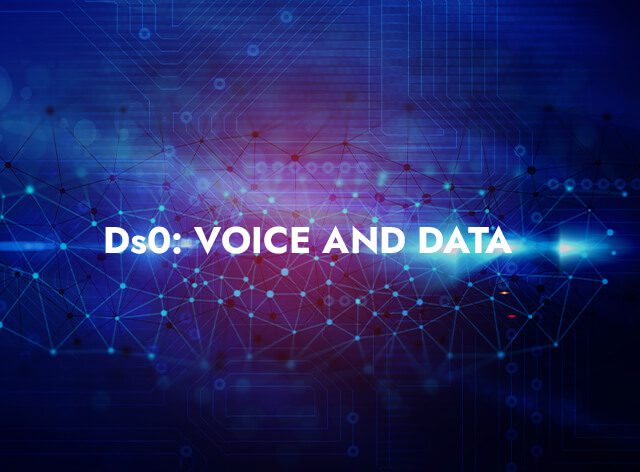 Ds0 can also be used to encode computer data. For this, you will require a device known as DSU or Data Service Unit. a DSU sits between a computer system and a Ds0. It accepts the connection from your computer system and can directly code that into Ds0.
Hence, a Ds0 is capable of carrying voice as well as data, although it cannot carry both at the same time. At least not with the traditional telephone equipment.
However, newer technologies like IP telephony, are changing this. IP telephony is capable of encoding both voices as well as data into one multiplexed telecommunications path, thereby, allowing users to access both voice and data concurrently over Ds0.

Lines are best understood as analog voice connections that can connect to phones directly. Trunks, on the other hand, are digital communication techniques. They can not only carry different Ds0’s but are also capable of carrying traffic from a large base of subscribers.
It is important to understand this as Ds0 lines are not the same as trunks even though they exist on the exact same side of DCCS.

DS0, The Base of Digital Signaling Communications

Having understood what is Ds0, it is easy to understand that it is probably the simplest form of signaling connection available today. All other digital signaling communications are built on top of this. However, Ds0 is a far more complicated topic than it sounds. And if you are looking for further information on this, then feel free to contact us directly. We can schedule a free consultation with our experts and provide you clarifications. Please leave us a message so we can get in touch with you for an initial free consultation.