How Technology has Changed, One National Geographic at a Time 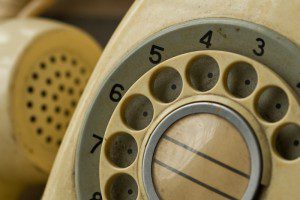 My parents saved every National Geographic since the early 60’s.  When I visit them, I make it a habit to page through one or two.  What I like the best about the magazines are not the stories or the photos but the old advertisements.

I decided to look for old technology ads to see how much has changed in the past 40 something years.

In an October 1965 edition, Bell System announced:  “This year, 1965, the area-by-area introduction of fast, convenient Touch-Tone phoning is well under way.  Modern push buttons speed calling and open up many new uses for your phone.  For example: you may be able to shop by phone just by touching buttons to identify the merchandise you want-or pay bills through your bank the same way.”

Modern Technology Isn’t Quite So Modern

This ad displays a couple of items: the phone company had to manually upgrade each of their central offices to offer a new service and in the absence of competition, the phone company would have to be able to calculate a return on an investment to offer any new service.  Of course Touch Tone would be a pay feature on your phone bill and if you wanted a new Touch Tone phone, you had to buy one from the phone company.  Which explains why my parents were still using rotary phones well into the nineties.

Another Bell System ad in the March 1983 edition explained: “The day isn’t far off when you’ll be able to call your oven from your office and tell it to start dinner.  Or tell your air conditioner to turn on.”

I guess that day never came.  Of all the things that I wanted to be able to do with my phone, turning on my oven was never one of them.

The same issue had another ad for the Bell System proclaiming “Call The Pacific $2.53” with “first minute” in little letters underneath.  You could call the Pacific for $2.53 for the first minute and 95 cents for each additional minute.  Of course, you had to place your call after 11pm and before 10 am, and have access to international dialing.  If you made that same call between 5 and 11pm, it was $4.22 for the first minute and $1.58 for each additional.  Remember, back then, people didn’t walk around with mobile phones.  You had to schedule your phone calls or risk paying close to three dollars to leave a message on someone’s answering machine.

In the June 1984 edition there is an ad for the IBM PCjr.  The CPU could connect to your television set and included a wireless keyboard.  It came with a floppy disk that provided such features as “alarm clock” and “shopping list”.  Best of all, the model that provided you with an incredible 128k of memory was only $1,300.  You could save a bundle if you dropped down to the 64k model.  That was only $700.  To put that into perspective, my itunes, with 700 songs, is using up 5.34 GBs of memory, or 44 million times as much memory as the top of the line PCjr.

In an AT&T ad in the July, 1984 edition explained that the company had 150 psychologists on staff to observe people and their reaction to new technology.  Not quite Big Brother but close.

If you would like help with your company’s technology, please complete the web form on the right side of this page and a CarrierBid telecom consulting service professional will contact you.