What I’ll Miss About the BlackBerry 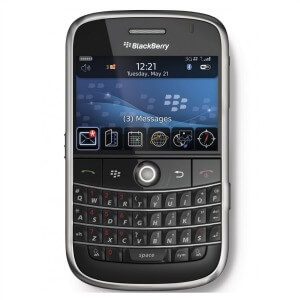 The Blackberry appears to be on its way out.  The rise in popularity of the iPhone and Android phones, along with the corporate world adopting more of a Bring Your Own Device mentality, have been a death knell for the BlackBerry.

Once a main staple of the corporate world, replacing pagers as a business attire accessory, and playfully assigned monikers like “CrackBerry”; less than eight years ago it was reported that President Obama was reluctant to give up his BlackBerry when he took office.

The BlackBerry was the first device that let me experience mobile email.  Instead of returning to the office and opening my can of worms email, thinking, “Jeez, what will it be now?” I could put out little fires before they turned into brush fires by timely replying to customer emails between appointments and cold calls.  The BlackBerry allowed someone to skip the office altogether, if you were a sales person like myself, or to take a longer break or lunch, if you were just about everyone else.

Here’s what I will miss:

The Keyboard.  Do you know why it’s called a Qwerty keyboard?  Look at the top left side of the keyboard.  What do the first six letters spell?  The BlackBerry was amazing to type on.  Somehow my mammoth thumbs always located the correct letter, time and time again.  I could type an entire article or three paragraph email without making a mistake, in close to the amount of time as I could produce those items using a standard keyboard.  I can’t type a single text on my iPhone or Motorola Razr without being disappointed by Auto Correct.  “Really Android, you thought I meant Hood morning?”

The Red Message Indicator Light.  You always knew when you had a new message on a BlackBerry.  You can’t say the same with iPhone and Android.

The receiver buttons.  Green for answer, red for disconnect.  No confusion or accidental calls or pickups.

The Roller Ball.  Sure it would get gunked up on occasion but the ball would allow you to navigate around your phone like a sports car on a winding road.

The Berry Button.  Pushing that button unleashed a harvest of functionality.  Okay, maybe I’m exaggerating but compared to the flip phones BlackBerrys replaced, it was like going from analog to digital or picture tubes to flat screens.

The Return Button.  You always knew how to back out of trouble on a BlackBerry.  You can’t say the same with iPhone.  I’m pretty sure Android recognized the value of the BB back button and then made it a prominent feature on their phones.

It’s been said that the BlackBerry might come back stronger than ever, once it’s a private company.  Let’s hope so.  It always pays to have other options, especially in telecom.

If you would like to help procuring new wireless phones for your business or locating ways to reduce your wireless costs, contact CarrierBid telecom consulting today.