Intercarrier compensation began in 1984, after the breakup of AT&T.  It was instituted by the FCC to facilitate payments between local phone companies and long distance providers. 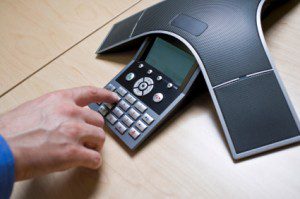 Typically, intercarrier charges are less than a penny per call.  That’s how long distance rates can be less than five cents per minute and unlimited plans became so widespread, compared to long distance rates back in the day.  The FCC modified the compensation rules in 1996.  This was due to the prevalence of wireless phone service that wasn’t a consideration in 1984.  One of the changes allowed telephone companies servicing rural areas to charge higher rates for call termination.

Phone companies that service rural areas experience the high cost of bringing phone service to residents that can live miles apart from one another.  Rural phone companies might spend thousands of dollars to deliver a $20 a month phone line.  Their networks span miles but only service hundreds of customers.  The same sized networks in New York or Los Angeles could service hundreds of thousands of people.

In an effort to subsidize the cost of bringing phone service to every residence in a rural location, the FCC allowed the phone companies servicing these areas to charge higher termination fees.  Those fees ranged approached 25 cents per minute, in some circumstances.  If you’re receiving a long distance rate of 5 cents per minute but your carrier has to pay a rural incumbent 20 cents per minute, your carrier is losing more than 15 cents per minute.  Since these are small towns, a huge company like AT&T could easily offset the high termination charges with the thousands of areas that charge fractions of a cent. We suggest you understand your carrier options that can serve your business nationwide.

What does all this have to do with free conferencing services?

Maybe small rural phone companies thought about it or maybe free conference and adult chat lines companies presented the idea to them.  Whatever happened, someone realized that the more calls that they could bring to one of these small rural towns, the more money they could make.  By offering free services to consumers and business people, especially ones that typically cost hundreds of dollars, they were able to drive thousands of calls that resulted in millions of dollars of intercarrier surcharges.  This is called traffic pumping.

FreeConference.com offers a totally free conferencing service.  I’ve used the service a number of times and all the calls always went smoothly and had high quality audio.  FreeConference has a 218-339 phone number, which just happens to reside in a small town in Minnesota, called Cass Lake, that is serviced by Tekstar Communications.  Tekstar is a Competitive Local Exchange Carrier (CLEC) that leases its lines from a rural incumbent.  When the FCC tried prevent incumbent providers from charging high intercarrier fees, less regulated CLECs got involved.

The FCC appears to be cracking down on this practice.  It instituted an order in December of 2011 to cap intercarrier compensation, assume regulatory control and establish an Access Recovery Charge to subsidize rural incumbents.  The process will take the next seven plus years and is subject to appeal.  What does it mean to the average business or residential phone company customer?  Another surcharge added to your phone bill, continued low long distance rates and no more free adult chat and conference services.

If you would like to receive more information and best telecom consulting services from CarrierBid, please complete the form on the right side of this page.