Is Multi Protocol Label Switching Subject to the USF?

There’s long been a debate on whether the Universal Service Fund fee is a government-mandated surcharge or just another surcharge tacked onto your phone bill. 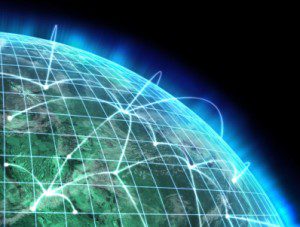 The Universal Service Fund (USF) was established to assure access to telecommunication services for schools, libraries and other similar organizations.  Every carrier is required to pay a percentage of the revenue they generate from basic telecom services, such as local phone service, local access, interstate services, etc.  They aren’t required to collect this revenue from their customers, but like any business expense, ultimately it’s going to be added to the cost to provide the services the carrier sells.

Recently, there’s been debate whether or not Multi Protocol Label Switching should be included in the list of services that are subject to the Universal Service Fund.  In the beginning, USF fees were not attached to MPLS services.  MPLS was deemed to be more of a data service, not a telecommunication service.  However, more and more, voice is being transmitted across Multi Protocol Label Switching networks and the networks are crossing state lines.  Also, as the popularity of MPLS increases, the FCC is seeing a reduction in revenues generated from the telecom services that MPLS replaced.

The danger the carriers face is when they don’t collect or budget for fees that the FCC later wants to collect.  XO is currently in a legal battle with the FCC because the FCC believes XO owes money to USF that it didn’t pay.  Since XO already sold the service without the surcharge, there’s no way for them to pass this expense retroactively to their customers.

Businesses should expect to pay USF surcharges on Multi Protocol Label Switching services in the future.  Carriers have the choice to either make the cost of their services more competitive, by not collecting a USF fee.  If they do that they could be exposed to the possibility of FCC attempting to collect the surcharge at a later date.  If they collect the fee, there’s a possibility that they will lose deals to carriers that aren’t doing so.

The USF debate will soon be moot when the FCC replaces it with the Connect America Fund (CAF).  The Connect America Fund is a surcharge that will be collected to help bring broadband internet access to the remote regions of the United States.  It’s believed that all carrier services will be subject to the CAF, and of course, that expense will be passed onto their customers.

If you would like to receive more information about CarrierBid or its telecom consulting services, please complete the web form on the right side of this page.