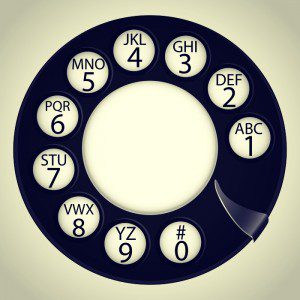 Recently had a well known IP-Telephony vendor (who shall remain nameless) tell us that “TDM is dead”….hmmmmm….guess that doesn’t count my 8,000 plus TDM stations in place today…..

I would love to hear your thoughts on the evolution of IP telephony as we go into 2011 and your plans for deploying, increasing deployment, or stopping deployment…or anything else you would like to add.

I have 85,000 TDM lines that would disagree with that well known vendor.  That said over the next 5 years, I’d bet that we migrate some to IP for those that actually NEED the functionality.  Or better yet, if IP telephony becomes more cost effective than what we already have.

We are right in the middle of selecting our VoIP platform for migration of our 15,000 handsets, so this is right in front of me.  I think the message he was trying to send was that in terms of further development, the platform is dead.  Obviously we can get support for the old gear for some time into the future, but the industry is not putting money into developing the old systems.

It’s true that the switch manufacturers are not investing at all in TDM, but AT&T has just come out with a bolt on UC product for Centrex.  Not sure if they developed it completely internally or with 3rd parties.

TDM is far from dead. But for the purpose of this discussion, we need to differentiate between VOIP-based PBXs and VOIP lines.

It’s just a matter of time before digital PBX systems are almost completely replaced by VOIP-based PBX systems (which are capable of using TDM lines), but probably not for at least several more years.

As for VOIP lines vs. TDM, unless/until the cost of bandwidth comes way down from where it is now, TDM lines are here to stay. G.729’s call-quality still isn’t completely ready for prime time, and G.711 allows for only two-thirds as many simultaneous calls as a regular PRI (making VOIP lines cost-prohibitive vs. TDM).

I have been involved in migrating 1500+ users from traditional TDM to VOIP phones. It has been a 5 to 6 year process and has had some definite challenges along the way.

Our current environment is Nortel/Avaya voice with Cisco data switches in the closet. The biggest challenge early on was POE (Power Over Ethernet). Cisco and Nortel refused to play and so we went from using wall warts, to power hubs, and then they finally came together on POE. And we were finally able to get power for the phones from the Cisco switches, which helped immensely. Keep in mind that one of the biggest expenses is not the VOIP phones, but the Data switches in the closet.

So if you can justify changing out all of your closet switches to support POE VOIP phones then your good to go; or you may already have them in place which obviously would make things easier.

The other challenge you will face is guaranteeing end to end QOS across your Network..This becomes a challenge based on what you have for Core/WAN routers. This only matters if you have low speed Wan links. If you’re just a campus environment then QOS is not an issue.

The other challenge that comes with VOIP is the interfacing you will have to do with the Data guys.  They will obviously be involved with a lot of the setup. We had some pains trying to deal with the Data team they do not understand voice and so it becomes a tug of war at time.

But once you have addressed all of the initial challenges VOIP does have some benefits, MAC’s (Moves Adds & Changes) become a lot easier, you can utilize your Data network instead of having to have two disparate Networks Voice and Data.

One other thing that becomes a challenge is 911.  Without knowing your environment I am not sure what you may face, but keep that in mind as you continue to investigate VOIP.

Having been involved in the evolution of PBX telephony (Mechanical Crossbar;
Wired logic electronic SG-1, CrossReed; CPU/TDM software based Rolm,
Fujitsu, NT-1; and the IP iterations of Cisco, et al) it has been the costs
to manufacturer and subsequent end user installation and maintenance that
drove the process. So it was a newer technology’s economics that determined
an older one’s demise. Also with each iteration the ‘marketers’ proclaimed:
“The King is dead, long live the King.”
I never meet a CFO I couldn’t convince otherwise.

Need some advice on VOIP. Been in Telecom 30 yrs. Majority of time on Avaya (or whatever their name was at the time). Have a Definety G3.

We were bought out a couple of years ago by a company that is very financial strong and rapidly growing in the States & Europe. Started out as Workers Comp, now we are full service provider for companies. We do Payroll and any kind of insurance you need (not health).

So money is no problem and they want the best technology. They are a Cisco house. Data & Voice is run out of Cleveland. We are in Boca Raton Fla and moving our office, all 200 users in the Fall of 2011.

I’ve been told to get up to speed on VOIP and I don’t know where to start? I need basic understanding of VOIP. I will only be doing the programming of desk sets along with Auto Attendant & Voice Mail. Everything else is done by the IT in Cleveland.

So any suggestions of where I can or should start learning?

Avaya has a short booklet, “VoIP for Dummies” that should give the basics.  Ask your rep. If they still have it.

Folks have already covered the obvious, so I won’t dwell on that, but I will remind you that moving to VoIP will change the way your telecommunications department deliver services.

Now, I’m not talking about the obvious change in the underlying technology, I’m talking about the MAC process. For example, you may not have to have a technician go to a user’s desk to activate the phone. The user may plug his own phone into the network, and they move it with our without authorization to do so. IP will allow new technologies such as WLAN devices that provide exceptional amount of user mobility, and don’t forget about softphones on laptops in both a wired and wireless environment. This is all wonderful stuff, Fletch, so why are you bringing it up?

Well, those of you that know me know exactly why am bringing up, but for those of you that don’t, here is the issue. Three little digits, 911. Now I’m not saying that voice over IP and 911 don’t mix, because they do. What I’m saying is that when you move to voice over IP you empower your users with mobility, and that exact same empowerment can make 911 a challenge. Fortunately, the technology has advanced on both the call server side as well as the 911 services side, and dealing with 911 is nowhere near as difficult as it used to be in the infancy of voice over IP.

I am not saying this to scare anyone, and I’m not saying “don’t deploy VoIP”. What I’m saying is don’t forget about 911. Make sure you understand how E911 works, and make sure you understand exactly how your system deals with it. You may find that voice over IP gives you implementation challenges that you weren’t expecting, or budgeting for. And there are way too many people talking about E911 with INCORRECT facts than I am comfortable with.