IT Professionals Discuss the New BlackBerry 10 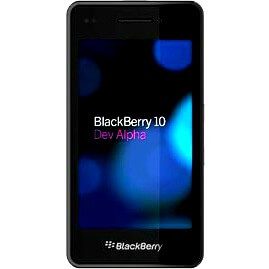 If you’re unsure if the new BlackBerry 10 is the right choice for your organization, read on.  You can also contact CarrierBid telecom consulting services with questions.

Anyone get their hands on a BlackBerry 10?  So this is the big moment for RIM. Who’s sticking with “old faithful” and who’s bailing?  For the time being, we’re still a RIM shop but we haven’t gotten our hands on any of the new pretties yet.

Stick a fork in them.  Consider this: most medium to large IT Shops today have a Mobile APP strategy for business apps that they either buy or create.  SAP for example, has dozens of pre-built mobile business apps and also own or control the top two mobile App development platforms (according to Gartner).  Or maybe you are a large Microsoft Shop and have Systems Center and or Intune (cloud) for mobile App and device management.  SAP now supports BOTH IOS and Android and are rolling out Windows8 capabilities.  Microsoft Systems Center and Intune can manage IOS and Android devices as well as Windows.  Blackberry has absolutely NO play here whatsoever. Without a business mobile app (development or management) play they will only be targeted to the consumer space – which they really were never in and have been successful in.

But aren’t they still really strong in the government space?  Is that enough to keep them afloat while they try to enter into other verticals?  The reviews indicate the device is a strong competitor to the best smartphones on the market with regard to form, functionality and performance.  True, their app store isn’t as robust as the others but with 70k+ apps, isn’t that a positive indicator that developers care enough to possibly include the BB platform in their plans?

In the end, it’s all about the Apps isn’t it?  The physical technology will leapfrog from one platform to another but Apps are everything.  In the consumer space it doesn’t matter how cool it is – if you don’t have the mainstream consumer apps, whatever those are at the time. Imagine getting a new Blackberry 10 and no Instagram, Netflix, Hulu, Temple Run, HBO Go, Pandora, Uber, Google Maps, or Dropbox? As stated earlier, in the mobile business world if you are a CIO and only considering email as your mobility play, you better update  your resume.  We deal with dozens of business partners and all have mobile apps, mostly for IOS but many now for Android, none for BlackBerry 10.  The most popular and formidable Mobile App Development (MDM) platforms don’t support BlackBerry 10.  What about Mobile device management and security?  Most large companies have already deployed a single Mobile Device Management toolset that supports Apple’s operating system and Android  (Mobile Iron, Airwatch, Mas360, etc…).  So now I have to buy a proprietary MDM platform from Blackberry? So I guess the question is: Will that (App deficiency) ever change and if it doesn’t, how long can Blackberry hold out before it folds?  IOS and Android totally dominate today. Windows8 with all its warts has the power and funding of Microsoft behind it.  Can the world live with 4 separate and distinct mobile platforms?  There may be some very late adapter companies who still have traditional BlackBerry as their core mobile device strategy – so they will feel right at home with the BlackBerry10.  But most reports now show BlackBerry at about 6% total market share…so even if those 6% remain loyal, can Blackberry survive?

The biggest criticism was that RIM (now BlackBerry) didn’t keep pace technologically with the coolness of the devices needed to appeal to consumers.  Subsequently, BlackBerry was not the end user’s Bring Your Own Device (BYOD) of choice.  The early demos and reviews indicate that this device does have a functional leg up on competitors, particularly in terms of ease of use.  (Not having to go back to the function button to get to apps, for instance.)  I wouldn’t say what they’ve done is too little, but it might end up being too late.  Ultimately, the market will decide.  It’s a good sign that all the U.S. mobile carriers are offering BlackBerry10 and that the development community has rallied around it.  Many of the CIOs I’ve talked to, still refer to BlackBerry as their gold standard for mobility, even as they embrace BYOD.  But if device choice ends up in employees’ hands, BlackBerry will have to count on the new devices hitting a home run. Also, even if BlackBerry doesn’t end up back on top as the premier device maker, they might well end up leading in the mobility management software space.

Supposedly, BlackBerry has improved their tools for porting apps onto the BlackBerry OS. The vast majority of the reported 70k+ apps were originally developed on other platforms and brought in. I’m guessing BlackBerry is banking on their ability to realize a larger app store from ported apps rather than worrying about developers adopting their platform as a first choice.  Naturally, they would prefer it, but I doubt they are stupid people.  The proof will be in the pudding as I’ve tried porting apps prior to this and the porting tools almost always failed. My guess is that BlackBerry is trying to stop the enterprise and government customer hemorrhaging and get their toes back in the consumer market.

One thing I think most will admit, BlackBerrys have typically been pretty stable devices.  They have generally been fire-and-forget until they get passed to the fourth or fifth person and have four to five years on them.  I have a couple on my desk right now that are fully functional despite looking like they’ve been run over by cars. Shoot, we even still have a couple dozen 8820s in the field.  I’m no BB fan boy.  I don’t even carry one myself, but they have a pretty good track record for dependability.  That’s important for me from a support perspective.

If you would like more information regarding CarrierBid’s telecom consulting services, please click here or complete the form on the right side of this page.