Life Before the Internet, Cell Phones and Email 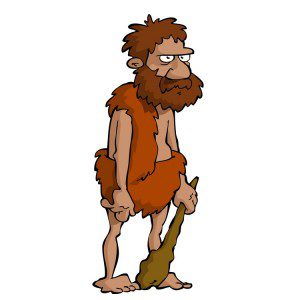 Believe it or not, there was a time when people didn’t carry their wireless phones around like security blankets; when you had to hand write letters and you weren’t bombarded with ads from companies like AT&T, Verizon, Comcast, Cox and CenturyLink, touting their internet speeds.

No Monster or CareerBuilder:

In 1988 I was moving from Philadelphia to Phoenix.  I wanted to start my Arizona job search before I moved.  The only way I could do that was to have the local Phoenix newspaper, the Arizona Republic, delivered to my home in Philadelphia.

If you wanted to sell and item or publicize a garage sale, to place an ad, you had to call the newspaper and PAY for it.

No ESPN or SI.com:

If you lived in the East Coast and missed the end of a late game, the only way to determine who won was to ask a friend or listen to the radio.

If you wanted to book a hotel or a flight, you had to do so by phone.  Unless you had an entire morning to waste, it was practically impossible to comparison shop.

I worked for an insurance company and every time our rates changed, a company employee would manually install the update in each individual computer with a floppy disk (sneaker net).

People ordered from catalogs.  The Sears catalog, for instance, weighed more than five pounds.  There were a few editions each year and were delivered by mail.

In college, there was a pay phone in every hallway and when the phone rang, someone would answer and then locate the student the caller was attempting to reach.

No Gmail or Outlook:

The first time I ever heard of email was when I was visiting a company and the administrator told me they were using this new form of electronic mail.  She received the message on her computer and then printed out copies for everyone in the office.

If you had to write a report for school and your family didn’t own a set of encyclopedias (or like my family, own any of the letters other than A, the one that they gave away for free at the grocery store), you had to visit your library’s reference section and look up the information in their encyclopedias and microfiche.

My roommate in college had one of the first personal computers I ever saw.  It was all one piece – the desk, keyboard and monitor.  The monitor was the size of a toaster.  It had one use basically – a word processor for typing papers.

If you wanted a ride home from the mall or swimming club and didn’t have change for a payphone, the common practice was to call your parent’s collect.  Your mom or dad would refuse the call and then go get you.

Busy signals were a fact of life.  None of the families I knew had more than one phone line and if anyone in the household was using it, the phone would ring busy.  If you were attempting to pull off the collect call trick to get a ride home from your parents, but your kid sister was on a marathon call with one of her friends, it might be faster to start walking.

Today, there are a number of different forms of internet; your phone number can ring almost anywhere and paper documents are becoming a thing of the past.  There are a multitude of options and companies should seek guidance from an expert.

If you would like help navigating through the maze of telecom options that exist, contact CarrierBid telecom consulting services today.