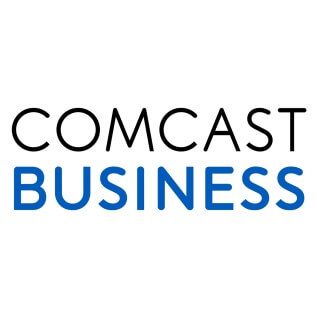 Due to the low cost of service and availability of high speeds, the growing trend for small to mid sized businesses is to utilize DSL or Cable internet and analog business phone lines for voice and data communication.

DSL and Cable are producing speeds of 100 Mbps, or more than 66 times faster than T1, at about half the cost.

This trend has lead to diminished competition in the market place.  Unlike with T1, profit margins for DSL and Cable internet aren’t substantial, making it difficult for competitive carriers to resell the services at discounted prices.  The market place was more competitive with T1 because competitive local exchange carriers could offer discounted services by securing inexpensive loop pricing from the incumbent carriers.

The reduction of competition hasn’t been much of an issue however because the cost of DSL and Cable internet is relatively inexpensive and businesses have saved money by transitioning from T1 to cable and DSL.

So if most businesses are already limiting themselves to DSL and Cable, will the Comcast/Time Warner Cable merger lead to even less competition?

For a number of reasons:

The only effect the merger could have on the marketplace would be to eliminate the phone company’s advantage of owning a more far-reaching network.  Let’s use San Diego County as an example.  Cox Cable services approximately half of San Diego; Time Warner services the other half.  AT&T, the local phone company in San Diego, serves the entire county and could offer a local multi location business more comprehensive coverage.  The result of that would be reduced billing, a single point of contact and networked services.  If Cox and Time Warner became one company, AT&T would lose that advantage.

The uproar the potential merger has raised has more to do with cable TV content than the reduction of competition in the business telecom industry.

Because Comcast is more agent friendly than Time Warner, I’m for the merger.  Large providers restrict agent access to their services when they want more control of their pricing.  Agents work for their clients, so they can be more price conscious.  Direct reps work for the carriers, so their behavior can be managed by compensation plans.  A good example of this is Verizon Wireless not allowing their agent channel to resell their 4G service.  If you were operating as an agent for Verizon Wireless in 2013, you could only offer your clients 3G.

If you’re worried that the merger will lead to higher phone and internet service prices, I don’t see that happening.  As long as the local phone company is in place to compete with the local cable company, prices should remain competitive.  If you’re a Time Warner or Comcast cable TV customer and you’re worried that the merger could result in higher cable TV prices, that fear might be valid.

If you would like to receive more information regarding CarrierBid Telecom Consulting services, please complete the form on the right side of this page.