Telecom Back in the Day Which are Going Extinct 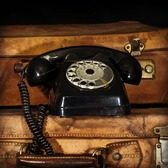 A lot has changed in the last half century.  We’ve gone from one phone company, AT&T, to a dozen or so; cable and wireless companies are taking more and more business away from the phone companies and VoIP is eliminating the need to maintain a traditional phone network altogether.

Telecom that are Dead or Dying:

According to our telecom experts, six telecom that are going to extinct with the development of the internet and telecommunication.

There was a time when the only way people could find your business phone number was to look in the phone book or by calling directory assistance.  Now with the popularity of smart phones and the internet, few people call Directory Assistance or open a phone book.  If you’re operating a home-based business, there is little reason to purchase a business line.  Back in the day, people got quite upset when they missed the directory closing and had to wait a year to have their business number listed in the yellow and white pages.

My parents had a phone in the kitchen.  They added a 20 foot phone cord because that was the only way you were going to have any privacy in a house with six kids.  If we had a cordless phone, we might not have seen a few of my sisters or the phone ever again.

When Caller ID was first introduced and before Caller ID phones existed, people used Caller ID boxes.  You’d install one of those between the wall and your phone.  People claimed that Caller ID was an invasion of privacy.  Then you had the Caller ID Blocking, Anonymous Calling and Anonymous Call Rejection…  It seemed like Caller ID was going to be rendered ineffective.  Now, you can follow a simple rule: strange phone number = solicitation call.

Today, with the popularity of cell phones, few people maintain a landline in their homes.  But back in the nineties, many people had two phone lines.  That’s because they used dialup to access the internet and unless they wanted to tie up their phone lines for hours, they needed a second line.  People paid for a second line and a dialup internet account.  What did they receive in return?  The ability to sit and watch images slowly appear on their computer screens.

Before Touchtone, people used rotary phones.  Phoning someone with nines and zeros in their number required extra time and patience.  That’s why largely populated areas, like New York City and Los Angeles were assigned low number area codes.  When touchtone was introduced, do you think the phone company was giving it away?  No way.  You had to pay a fee for the service and phone equipment manufacturers had to make push button phones with a pulse feature for cheapos like my parents.

You Had to Use the Phone Company’s Equipment:

Further back, when the phone company installed a phone line, they also installed a phone.  People paid a monthly fee for the phone and there was nothing they could do about it.  You weren’t permitted to use your own phone equipment because you might “contaminate” the phone network.

If you would like to reduce the cost of your business phone and internet services, contact CarrierBid today.  We get the carriers to bid for your services.