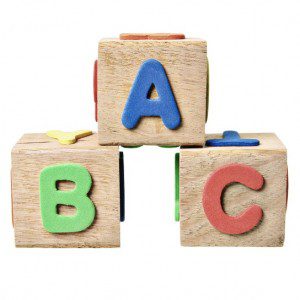 The problem that ABC Company faces:

ABC Company* was closing their office in El Paso, TX. They had an Internet T1 through CenturyLink and were still under contract. ABC was unhappy with the bandwidth (1.54 Mbps) of the T1.

CenturyLink quoted an early termination penalty of $4,134.60. If ABC simply cancelled the T1, they would have been billed that amount plus taxes and fees.

ABC reached out to the CenturyLink rep that sold them their T1. That person was leaving the company and suggested the customer call CarrierBid.

It turned out that ABC was planning on opening an office in Memphis, TN. CarrierBid went to work and was able to price out a CenturyLink 10 Mbps Ethernet connection at a below market rate. ABC would be receiving more than six times the bandwidth for just over twice the monthly cost. Best of all, by securing the new Ethernet connection through CenturyLink, ABC would not be charged an early termination penalty. They also wouldn’t be charged for installation.

CarrierBid was able to schedule an expedited installation for ABC’s new 10 Mbps Ethernet connection. It seemed like everything was going to work out wonderfully, but this is telecom were talking about and nothing is smooth in telecom.

When the incumbent carrier, AT&T, sent their tech out to install the local loop for the CenturyLink Ethernet connection, a problem arose. The tech claimed that there was insufficient space in the conduit leading to the building.

One of ABC’s employees copied CarrierBid on the following email:

The internet line to the building is not big enough to run a fiber optic cable through so we would have to bring a new line to the building. In order to do that we have to cut the concrete, 140 feet, and bring the line. We can’t do that! This is not our building and we would have to get special permission from owners to do that, also the cost of doing all that is too high.

It seemed that ABC’s decision now was whether or not to spend more than $11,000 for construction to avoid paying a $4,134.60 early termination penalty. That’s an easy decision to make. ABC’s project management company began to obtain quotes for N x T1 internet connections from other carriers.

Although a business could achieve a 10 Mbps internet connection with 6 xT1, the price is very high and the service is not very scalable. With N x T1, to increase its internet bandwidth, a business would need to order a new circuit and increase their bandwidth in increments of 1.54 Mbps. With Ethernet, the prices are lower, there are more bandwidth options and it can be delivered without ordering a separate circuit.

CarrierBid and ABC needed an outside the box solution. CarrierBid had some familiarity with a product called MaxCell. MaxCell produces more room in an existing section of conduit so new cable can be pulled through.

CarrierBid reached out to a MaxCell representative and were able to connect the MaxCell rep with the AT&T technician that was to install ABC’s local loop. From that conversation, the MaxCell rep determined MaxCell would be an option. Through the MaxCell rep CarrierBid was able to locate a local company that had experience installing the product.

After all was said and done, ABC was able to avoid the early termination penalty, receive the best internet solution at a good price and avoid a 11k plus construction bill. The cost to install the MaxCell solution was less then $1500.

If ABC had worked independently and directly with a carrier representative, they might not have been given the option to use CenturyLink at their new location in Memphis, to avoid the early termination penalty. ABC probably would have gone ahead with a N x T1 solution, because those were the only options they were offered when they shopped for alternatives. ABC would have definitely paid the early termination penalty because it was that or a much higher construction charge.

Because CarrierBid operates independently, it’s not limited to a single carrier offering or restricted by some company policy. CarrierBid can operate outside of the box that traps most carrier reps.

If you would like to have a true customer advocate on your side, to help guide your business through the telecom jungle, contact CarrierBid today or complete the web form on the right side of this page.