Are Telecom Fees and Surcharges Mandated by the Government? 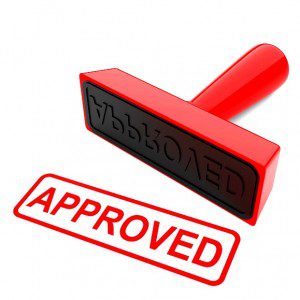 No, not even close.

Fees aren’t mandated, but open competition in the telecom industry was desired. Certain requirements were mandated to realize that, so fees were approved to pay for the implementation of those requirements.

That’s the two-sentence answer. The following is more involved:

To begin with, it’s important to understand the structure of telecom pricing. And since most surcharges are applied to phone lines, my focus will be on that service.

The total cost of a phone line is the line rate and any applicable tax or surcharge.

Phone line pricing is tariffed. That means, before an incumbent phone company, like AT&T, Verizon or CenturyLink, introduces pricing to its customers, a regulatory agency must preapprove the pricing.

Surcharges are related to some sort of mandate. For example, the Line Number Portability (LNP) charge was implemented so the Phone Companies could recover the cost of making phone numbers portable from one carrier to another. Regulatory agencies mandated that phone numbers be portable (to assure competition) and the cost to make the mandate a reality is funded by a surcharge.

Another surcharge that resulted from a mandate is the Customer Access Line Charge (CALC) or End User Line Charge (EUCL). The local phone companies were required to provide competitor access to their networks. Since there is a cost associated to maintaining a phone network, CALC (or EUCL) was implemented.

If it’s the incumbent phone company that is maintaining the network, why do Competitive Local Exchange Carriers (CLECs) include CALC on their bills? This is when surcharges get a bit questionable. CLECs, like Windstream, XO and Integra, and POTS resellers, like Granite and Bullseye, include CALC because the Incumbents are including the surcharge in their wholesale rates. It seems reasonable that if a reseller is being charged a fee that they would pass on the charge to their customers. But 9 out of 10 CLEC sales reps would claim that their company is collecting the money for the government; that the government mandated the fee.

Mandate is a strong word; approved is more accurate. The Incumbents didn’t want to provide competitor access to their networks for free. The government needs them to, in order to assure open competition. The Incumbents don’t want to increase their rates because doing so would anger their customers – adding a surcharge is an easier way to go.

Now, CLECs could just roll all their costs together, add a profit margin, and price their services accordingly. But then it would look like they were charging more for a business phone line than the incumbent phone company. CLEC sales reps would spend their time explaining to prospects how they need to add the phone company’s line cost and all the surcharges together and compare the total to their line rates. So CLECs mimic the Phone Companies’ pricing structure to avoid confusion.

In summary, the government does not mandate taxes and surcharges. The government requires certain changes and surcharges are approved to cover the costs associated with complying with the mandates. The incumbents and their competition structure their pricing in a similar way to facilitate comparison-shopping.

You if you would like help from CarrierBid telecom consulting services, contact us today or complete the form on the right side of this page.