The History of Area Codes 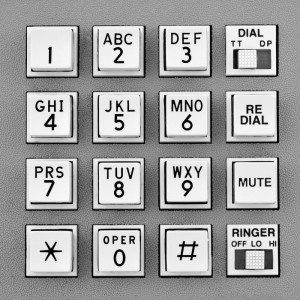 Area codes are also known as NPAs, or Numbering Plan Areas.  They came into play in the late 40’s in larger cities and were fully implemented everywhere by the mid 60’s.  When area codes were first implemented, rotary phones were the norm so highly populated areas like New York City (212), Philadelphia (215), Los Angeles (213) were assigned lower digits (less time to dial) and less populated cities like Phoenix (602) and Salt Lake City (801) were assigned higher digits.

Mainly because of the proliferation of mobile phones, the number of area codes has expanded considerably.  There are 30 area codes in California alone.  In 1984, 212 was New York City’s only area code.  Now, the city has six area codes.  212 is one of the oldest and most prestigious area codes in existence and it’s almost impossible to obtain.  In 2010, AT&T reported that there were no 212 phone numbers available.  If you’re operating a business in Manhattan, it would be near impossible to secure a 212 area code for your business phone service.

When area codes were first established, the switching equipment was limited so simplicity was crucial.  Because of that, the second digit of every area code was 0 or 1 and the second digit of every exchange (the second three numbers of a phone number) was never 0 or 1.  Numbering plans had to be strict so calls could be handled properly.  In 1991, there were only 5 area codes left that met that requirement.  At that point, it became a requirement to dial a one before every long distance call.  That change allowed an additional seven new area codes to be available, 210, 310, 410, 510, 610 and 910.  610 was the last one assigned and the following year the first area codes with middle digits other than one or zero were made available.

With Voice over IP, it’s possible to get any area code to ring almost anywhere.  A large company, with multiple locations, can centralize their phone numbers at their headquarters, terminate them on SIP trunks and then have calls delivered through an MPLS network.

Business phone numbers have become an integral part of any business. Obtaining a professional easy to recall phone number helps businesses to recognize from the crowd.

If you would like to receive more information on CarrierBid telecom consulting services, please complete the form on the right side of this page.