The Importance of a Telecom Plan B 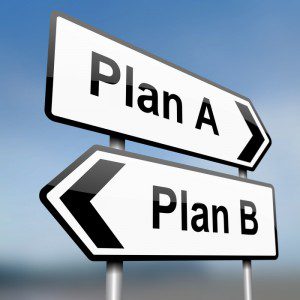 Yuma, Arizona is a safe three-hour drive[1] from Phoenix, has a population of 95,000 (150,000 after all the winter visitors arrive), has not one, not two, but three Applebees and the “new mall” is ten years old but will continue to be the “new mall” until it’s replaced by a newer mall.

In the loosest definition of oasis, Yuma is an oasis surrounded by hundreds of square miles of desert.  Yuma’s two biggest industries are agriculture and snowbirds.  It’s so hot in Yuma that visiting Phoenicians complain about the heat.

Yuma’s phone network is old not well maintained.  At one point the incumbent phone company attempted to sell Yuma’s phone network to a competitor.  The copper is old and when it rains or a farm irrigates their crops, the neighboring businesses hear crackling on their phone lines.

The largest medical center in Yuma had a 10 Mbps fiber-based internet connection and, as it turned out, only one router that connected that circuit to the center’s local area network.  When the router malfunctioned, the center’s I.T. Director reached out to his service provider, only to discover that the equipment’s service agreement had expired.  The medical center had to pay that provider to dispatch a repair tech with a new router from Phoenix[2].  The medical center, offering crucial life supporting services, had no internet access for close to ten hours.

It’s important for every business to have backups for their phone, internet and the equipment that provides access to those services.  If you’re a smaller business, mobile phones and the wireless hotspots (for internet access) will make due but if you’re a larger business or an organization that people depend on, it’s important to plan for the worst.

T1 based internet and business phone service offer 99.999% up times.  That equates to five minutes of downtime per year.  The problem is, you don’t know when your five minutes will take place and that’s the average of all the T1 circuits in existence.  If your T1 goes down, it’s probably going to take more than five minutes to restore service.

The Importance of Redundancy

Backup is not limited to network.  It’s important to have backup internet and business phone service, but if a router stops working, you’re going to wish you had another one lying around to take its place.

Imagine everything that could go wrong and the fallout that would result, and then take measures to, not so much prevent problems, but for failover.  You need to consider phone and internet connectivity, voice and data networks, 911, electricity, phone and computer equipment and then create a contingency for every circumstance.  Wireless and Cable internet to backup T1 and fiber, VPN to backup a MPLS network, analog lines for SIP trunks…there’s always an alternative and with telecom prices dropping, contingency plans can be very affordable.

After the medical center restored their service, the I.T. Director had to answer to his CIO.  There were company wide meetings to discuss the incident a great deal of finger pointing and the Director could have easily lost his job.  Don’t let this happen to you.  Prepare for the worst, whether you reside in the middle of a desert or in the heart of a big city.

If you would like to receive more information about developing a Telecom Plan B please complete the web form on the right side of this page.

[1] You can easily shave off a half hour by exceeding the speed limit on the stretch from Gila Bend to Yuma.  That section of highway has no turns, hills and the highway patrol won’t budge if don’t exceed 85 miles an hour.

[2] Most likely it took the tech three, not two and one half, hours to arrive.