The Six Most Expensive Phone Services 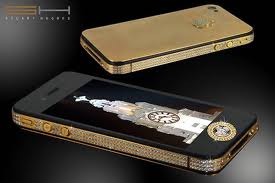 If you think your business phone bill is high, check out how costly some of the most expensive phone calls and equipment can be.

In 2001, the state of Idaho completed a study on collect calling from Idaho and other state prisons.  They determined that the average inmate completes 10 calls per month and the average call length was 18 minutes.  The average phone call from an Idaho prison costs the recipient $16.67; ten calls would be $166.70.  So if your spouse is incarcerated, not only are they not contributing an income, they are costing you close to $200 a month to tell you how lousy it is in prison.

We all know how expensive it can be to make international calls.  XO provides some excellent international long distance rates but even they charge over a dollar a minute to call Cuba.  The most expensive calling rate on XO’s rate schedule is a call to any of the Marisats.  Marisats are maritime telecommunication satellites that allow you to place calls to commercial shipping vessels and the U.S. Navy.  A call to one of the Marisats would cost you more than $16 a minute.

Maybe the most expensive call ever made was placed my Troy Polamalu, of the Pittsburg Steelers.  He made a call to his wife during a game against the Jaguars in October, 2011 and as a result was fined $10,000 by the NFL.  Mr. Polamalu had to leave the game after a collision with Maurice Jones Drew and wanted to call his wife to inform her that he was okay.  No wonder some people say that the NFL stands for the No Fun League.

According to Yahoo Voice, Sichuan Airlines paid over five hundred thousand dollars for the phone number ending with 888-8888.  This apparently backfired for the airline because the number became a favorite target for crank phone callers.

If you act quickly, you might be able to purchase one of the two available iPhone 4S Elite Gold mobile phones designed by Stuart Hughes.  This phone has 500 individual diamonds, totaling over 100-carat weight, in the phone’s bezel alone.  The Apple logo on the phone is made of 24-carat gold and includes 53 diamonds.  The navigation button holds a single 7.4-carat diamond.  If you own a phone like this, you’ll want to keep it in a nice case.  You’re in luck because the phone comes in a 100% platinum case that is decorated with polished (not making this up) t-rex dinosaur bones.  The phone is being offered for 6 million English pounds, which equates to over 9.75 million U.S. dollars.  Of course, that’s if you’re not eligible for a phone upgrade.

If you’re looking for ways to reduce the cost of your business phone and internet service or would like to receive more information on CarrierBid telecom consulting service, please complete the web form on the right side of this page.