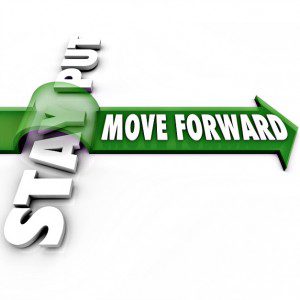 Analog phone service is derived from the Public Switched Telephone Network (PSTN).  It’s traditional phone service that has been around since the time the telephone was invented.

VoIP stands for Voice over Internet Protocol.  VoIP is voice communication transmitted over the internet.

When the internet first came into place, it was accessed over the PSTN. Since then people and businesses have started using POTS lines, dialup internet connections and modems to connect to he internet.  The internet was extremely slow going early on.  It’s hard to believe the internet became as essential and popular as it has become when you consider, early on, it could take a couple of minutes for one photo to appear on your computer screen.

Overtime, a data network was created with fiber optics and Ethernet.  The amount of bandwidth has grown exponentially and the price of bandwidth continues to drop.  Data networks have become more and more robust.  Now, it makes more sense to transmit voice over the internet instead of transmitting data over the PSTN.

Analog phone service is under attack from all directions.  Home phone lines are dwindling in number due to the popularity of mobile phones.  Alarm lines are being replaced by wireless, as well.  Faxing works best on a POTS or analog line but maintaining fax machines – the paper, ink and service – makes less sense with the existence of email.  Cable or DSL internet and phone lines, from companies like Comcast, Verizon, AT&T and Cox, can be the most economical voice and data solution for a small business but cable phone lines are now derived using VoIP.

The PSTN is not robust enough to support data transmission.  Data networks can be easily configured to support voice communications.  It doesn’t make sense to maintain two networks – two sets of wires, two separate infrastructures, two skill sets for management and not taking advantage of the latest technologies – are just a few reasons why.

VoIP is the future – eventually there won’t be a PSTN.  At this time, even voice communication over a POTS line utilizes Voice over IP at one point or another.  VoIP facilitates competition (helps to keep prices down), allows for features and functionality that don’t exist in a strictly analog world, requires only one infrastructure and makes better use of resources.

Eventually, equipment suppliers will stop manufacturing analog devices and analog phone services will reach end of life and will need to be replaced with VoIP services.  Instead of waiting, it might make sense to make the transformation to VoIP sooner rather than later.