6 Telecom Predictions for the Future 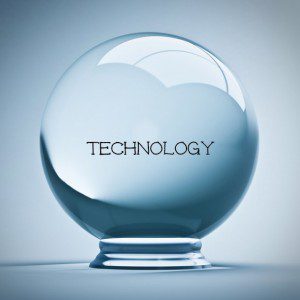 My daughter turned 27 today. When she was born I didn’t own a personal computer or a cell phone, the internet was in its infancy, the computers at my work weren’t networked and I don’t remember having voicemail but do remember people could smoke at their desks.

Here are six predictions for the future of telecommunications:

Used to be you could tell exactly where a call was originating from based on the area code and prefix. Now, Voice over IP permits phone number flexibility and the porting process has watered down the pool of phone numbers; almost any phone number could work in any location.

Due to the abundance of bandwidth and reduced life cycles of technology products, businesses will move more and more of their equipment and software to the cloud. Why pay for equipment that could become obsolete before it’s paid for? Less technology on site requires less management. Cloud based solutions are more scalable, facilitate backup and security and allow employees to access company systems safely and securely from any location.

Voicemail has become a dumping ground for solicitation calls. Fewer people leave messages because they believe emailing or text messaging will result in a faster response. Retrieving voicemail messages can seem like a silly and time-wasting process whereas research showed that corporate text messaging in America is gaining more and more traction. As voice recognition software improves, voicemail messages will simply show up in a recipient’s inbox.

As the virtualization of all traditional phone and computer equipment becomes more prevalent, employees will be able to access company material from anywhere and on any device. Employee owned equipment will slowly replace employer owned. Virtual offices will replace traditional offices.

Voice over IP has reduced the per minute cost of long distance significantly. Eventually, the costs associated with calculating the amount of calling and collecting toll call revenue will be greater than the revenue generated. Carriers will eliminate all measured services to simplify billing and pricing.

6. The cost of business phone and internet services will level off and start to increase

Without the need to establish a network, the number of carriers grew exponentially in the 2000’s. More carriers competing for the same customers resulted in price wars. Since it was becoming more and more difficult to acquire new business through a sales channel, larger, more successful carriers have started to acquire smaller carriers and their customers. Level3 acquired TW Telecom, Birch purchased Ernest and Cbeyond. Comcast is attempting to acquire Time Warner Cable. The result will be less competition and higher prices.

If your company has outsourced its IT services, shouldn’t you outsource your telecom procurement as well? There are so many options available and the only way to make sure your acquiring the best service at the best price is to solicit the help from a professional organization like CarrierBid telecom consulting. For more information, contact CarrierBid today or complete the form on the right side of this page.