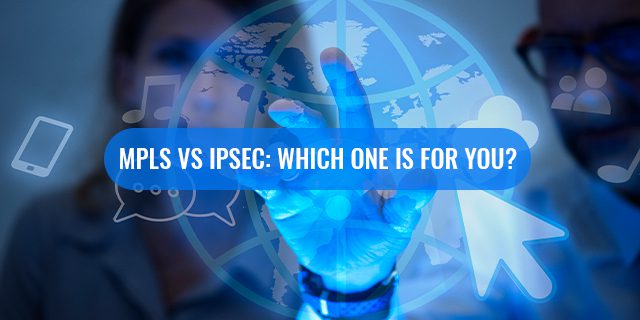 MPLS vs IPsec: Which One Is for You?

MPLS vs IPSEC has been a widely debated topic since the former was launched in the early 2000’s. Before this, IPsec was a default VPN service provided by most telecom service providers. While the industry was happy with this setup, MPLS provided much more and became a strong contender for the top and most widely used transport methodology. To know which one is the right option for a business, it is essential to understand what each technology has to offer.

To put it simply, MPLS or Multiprotocol Label Switching is a technology provided by your carrier to offer dedicated and private connections with reliable bandwidth as well as network routing capabilities. After a packet enters the network it is allotted to a specific FEC or Forwarding Equivalence Class. Since the routers in the network are preconfigured to handle such packets, they do not have to perform any header analysis on these packets. Here, the label is used as an index for routing traffic. This renders an MPLS connection as stable as well as consistent in performance. An MPLS set up can easily route real-time traffic to low-latency networks ensuring that there is an optimum performance at all times. This is particularly important as you’re transmitting voice and video traffic.

The fact that MPLS has survived in the face of newer network technologies speaks volumes of the technology’s benefits. Here are some of the most noted advantages of implementing MPLS across the enterprise network.

MPLS gained popularity primarily because of its ability to scale-up. Unlike traditional network technologies, MPLS is capable of taking on larger and more complex network architectures. It allows users to perform automatic network configuration including setting up of label-switched paths and tunnels. Also, MPLS is not as resource-intensive physically as traditional technologies. It is also protocol-agnostic in nature meaning that MPLS routing can carry different data types.

MPLS works on an underlying system of labels which means that the customers can define the prioritization levels to be associated with the traffic labels. The ability to determine the QoS or quality of service features for the traffic is another major advantage that is offered by MPLS. This allows customers to subscribe to different bandwidth levels or port sizes. In case there is congestion the customers are able to decide which type of traffic is allowed to flow first and which traffic can be held back.

MPLS is a Layer 2 technology. Which means that it works with shared network resources. However, MPLS also routes the customer data privately ensuring security at a much lower cost. In other words, it offers some of the cost advantages of a Layer 3 public internet with enough efficiency and security features to make it a more scalable protocol-agnostic and more private network service. MPLS also does not require elaborate investments in hardware and is managed by the service provider thereby, bringing down the overall cost of setup and operations. Many carriers also supply the routing hardware as a part of the pricing bundle. This benefits you as the customer and also the carrier since the installation in “plug-n-play” (preconfigured by them) and can be completed quickly and easily. Additionally, in the event of a problem with the circuit or the router, the carrier can access and troubleshoot via the router to resolve the problem directly without needing the involvement of the customer. The end result is a better customer service experience at a reduced cost for both the carrier and customer.

As the name suggests, MPLS functions on a packet labeling methodology as they leave or enter the network. The network elements read the MPLS labels on the packets and move the packet onto a predetermined path. Further, the traffic flow is much more predictable and reliable in an MPLS network setup. This is because the packets only travel along a predefined path ensuring the paths are not changed based on the dynamic network conditions. In the event of a network problem, the carrier MPLS routers can reroute the traffic to avoid the trouble and maintain high quality service.

IPsec or Internet Protocol Security is one of the most widely used forms of VPN that comes with end-to-end security features. In other words, the data flowing through an IPsec network is encrypted as it enters and decrypted as it reaches its destination. IPsec runs tunnels that are encrypted over your public facing internet connections. It also comes with load-sharing as well as basic failover capabilities. IPsec precedes MPLS as a technology and was used widely in the early 2000’s before the advent of MPLS. At CarrierBid, we feel that this point can become an essential deciding factor in an MPLS vs IPsec debate as most business users strive to move towards new technologies. 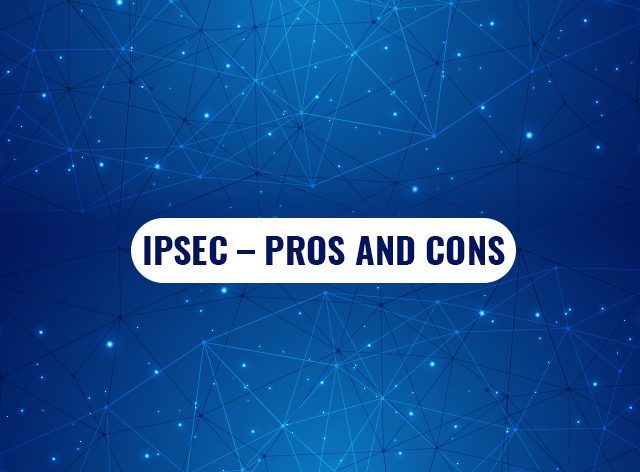 Some of the typical advantages of IPsec are listed below.

Unlike MPLS, IPsec operates in the network layer or Layer 3. This allows for application security and transparency making it one of the biggest benefits of IPsec. There is no need for the end-user to worry about either the IPsec or its configuration. Moreover, IPsec allows you to monitor all traffic that passes through this network as it works directly at the network layer.

Since IPsec is deployed at the network layer it is not dependent on the applications that are being used. You only have to make a few modifications to the OS. hence, the applications need not be touched at all.

IPsec supports authentication and confidentiality at the packet level that is carried out between the network and hosts. It does this manually or with the help of IKE – a protocol using public keys. This helps secure the contents of the packet entirely to ensure that the information remains confidential.

Common disadvantages of IPsec include the following: 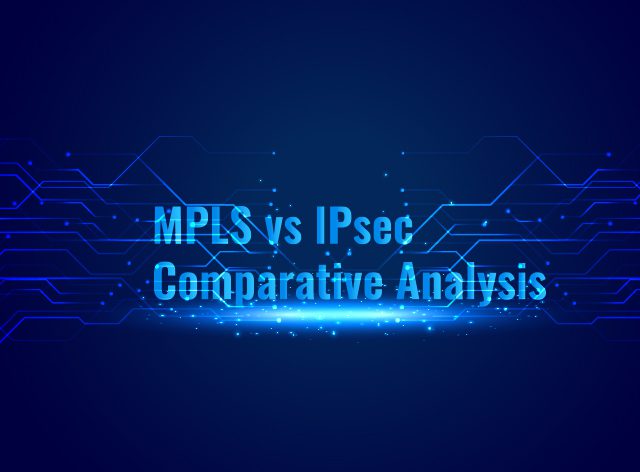 IPsec remains a largely traditional method of establishing enterprise-wide networking. For this reason, it may be suitable for most modern small and medium businesses today. However, if data security and QoS is of primary concern in your business then you may want to consider an MPLS implementation. At CarrierBid, we can help you design a network solution that is the perfect combination of modernity and security that meets all of your business requirements. You can fill out the form below or call us directly to connect with our experts.