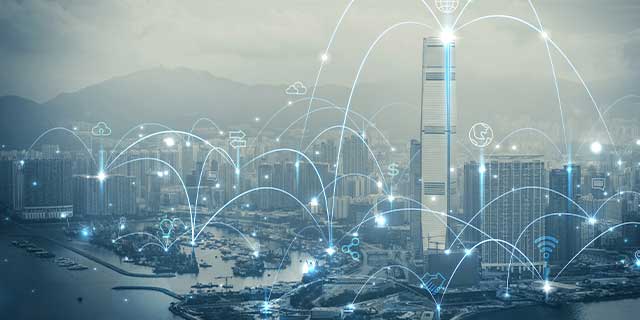 See below for an excellent PowerPoint PPT presentation comparing SD-WAN and MPLS. Can They Work Together? There’s always a debate of what network solution fits best in the current corporate landscape, what with digital transformation going full force in revolutionizing how business is done. The rise of software-defined networking (SDN) as opposed to legacy hardware-based networks such as Multi-protocol Label Switching (MPLS) gave customers the capability to optimize core infrastructures to accommodate modernization.

However, customers can’t help but ask: are software-defined Wide Area Network (SD-WAN) and MPLS mutually exclusive? Can’t they work together to make networks more efficient? This article aims to supply the answers.

As businesses grow, expanding to more branch office locations is inevitable, which also requires additional interconnections from the site to data centers. From the 1980s until the early 2000s, the most used circuit technologies came in the form of leased lines. Every site was connected to a dedicated virtual circuit via a carrier network.

Leased lines were expensive to set up, maintain, and configure. It was also up to the consumer to create their routing over circuits. It entailed a significant investment of resources and time, which also took up a chunk of the company’s budget.

In the turn of the 21st century, network engineers developed MPLS, which was designed to work like the ATM service but working over IP networks. It was built to help organizations save money on service provider networks. The label-swapping from source to destination along a predetermined path used fewer resources, resulting in fewer operational and maintenance costs.

MPLS has been a corporate standard for many years, but the increasing WAN requirements of today ask more than what legacy network infrastructures can offer. As the corporate world moves to cloud-based services, several applications need to pass through a public network that sits outside a company’s data centers. 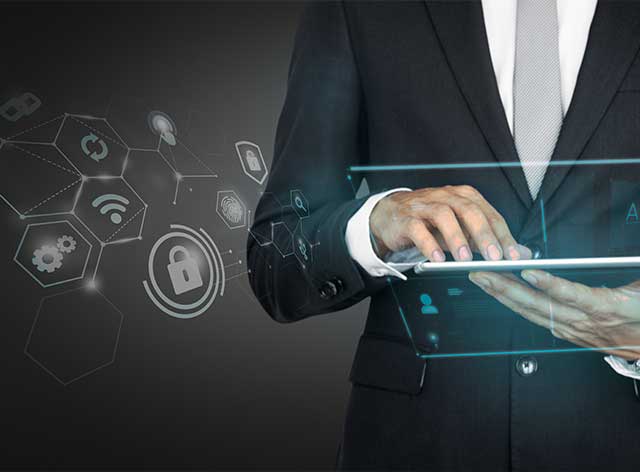 This maturing trend calls for innovative technologies that allow secure and intelligent transport while also keeping costs to a reasonable level. SD-WAN is the relatively new cloud-ready solution that can handle network requirements today and deliver the efficiency that businesses need to promote better user experience.

MPLS used to be mistrusted because of the technology-shared resources with the carrier network, raising concerns of oversubscription and not getting the bandwidth they deserve. Service Level Agreements or SLA became a staple for MPLS circuits, and Virtual Private Networks (VPN) reinforced the security of the network topology.

However, VPNs tie with the public internet, which makes interconnection a “best-effort” model, wherein there is no guaranteed coordination between routers across the path. Even when the customer purchases a faster internet plan, it doesn’t certify a high performance and availability network.

SD-WAN also utilizes the public internet, leveraging less expensive tunnels such as DSL, broadband, or LTE, to overcome limitations of MPLS. Forward Error Correction or FEC sends multiple copies of the data packet and is transported automatically through several circuits, ensuring that the traffic gets sent successfully. It does use extra bandwidth, but it’s a decent tradeoff to handle the underlying transport’s loss of quality.

MPLS VPN is praised for interconnecting data centers with the benefit of a high-speed and reliable circuit. Data centers require higher levels of quality and acceptable latency, which means that it needs robust MPLS circuits that are SLA-backed.

For cloud services, interconnectivity also entails high speed and reliability. Cloud service providers meet these requirements, and customers only need to buy the capacity and resources that they need for their cloud-based applications.

However, interconnecting private networks to the cloud involves a little more sophistication. A private MPLS connection might be more suitable for these cases, linking the company’s data center to the cloud provider’s network. Relying solely on SD-WAN might hinder the infrastructure from achieving optimum performance that satisfies network requirements and optimizes the user experience. 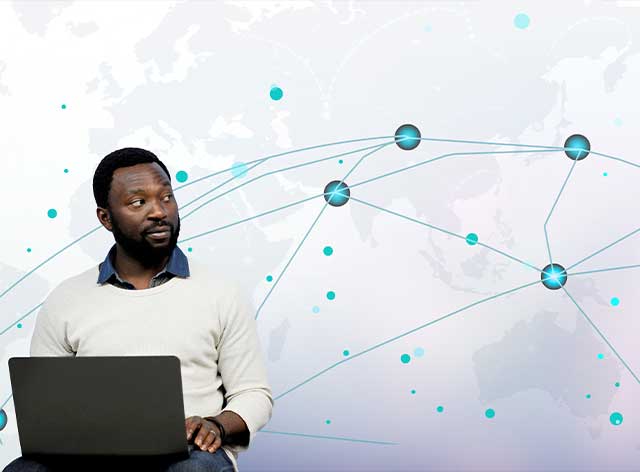 MPLS is known for supporting data transport using a high-performing and reliable telecommunications network. At the same time, SD-WAN offers simplified management and configuration of WAN by delineating the control mechanism to the networking hardware. Both have features that might one-up the other, but how do they compare?

There are some key differences between SD-WAN and MPLS. MPLS is known for supporting data transport using a high-performing and reliable telecommunications network. At the same time, SD-WAN offers simplified management and configuration of WAN by delineating the control mechanism to the networking hardware. Both have features that might one-up the other, but how do they compare?

Four key areas surround the long-standing debate between which network solution is better.

MPLS is known to excel in providing a high Quality of Service while also managing packet loss efficiently. It’s a valuable trait when dealing with VoIP (Voice Over IP), virtual desktops, video conferencing, and other real-time protocols. MPLS work via shared infrastructure, but provide predictable performance when it comes to packet delivery.

On the other hand, SD-WAN detects and reconstructs lost-in-transit packets to ensure that throughput is maintained or improved. It also allows better configuration protocols for packets, which prevents traffic jams and grants high availability.

An MPLS solution runs on shared networks, but security remains its strong feature. The MPLS network is built as a Closed User Group wherein only the nodes found in the network can access and read data. The public internet does not offer the same mechanism, making it typically vulnerable to security holes and breaches.

SD-WAN has significantly improved packet delivery via the internet. It’s a common notion that QoS-prioritized packets transported through a public connection won’t be effective, but it can be remedied by using two different circuits.

With SD-WAN, users can use several unique access paths such as cellular and broadband, to avoid packet loss. This network solution allows flexibility and redundancy, offering the resiliency that MPLS provides at half the price.

Since MPLS works over a private network, data is typically not encrypted when sent through this path. However, to ensure that connectivity is efficient, several steps have to be taken and entails an in-depth knowledge of how MPLS works. For instance, understanding Open Shortest Path First (OSPF), Border Gateway Protocol (BGP), and other technical parameters is a must to achieve reliable connectivity. 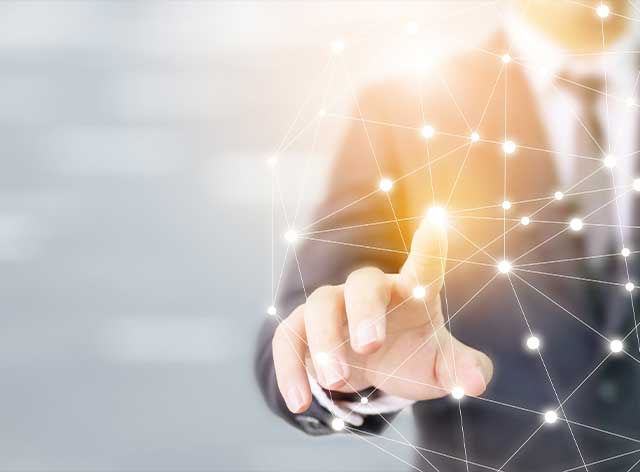 SD-WAN simplifies the network design by leveraging the internet and securing data transport via VPNs. While internet configurations could be complicated, SD-WAN has a centralized control function that enables tunneling, thereby improving processes and allowing faster connectivity than MPLS.

SD-WAN ties everything together

One of the primary concerns with MPLS is that it’s an expensive legacy infrastructure that is likely not transformation-ready. It used to be the standard, yes, but only because using special hardware that encrypted traffic was ridiculously expensive compared to MPLS. Today, SD-WAN appliances have matured enough to provide traffic encryption that enables the use of public internet as a transport circuit.

For several situations, SD-WAN’s cost-effective model can handle traffic adequately. However, high volumes of data could be a challenge to secure, especially since general-purpose CPUs struggle to encrypt multiple gigabit-per-second traffic. Private MPLS solutions would still satisfy the requirement for high-volume traffic.

SD-WAN is continuously being developed to meet the limitations of private MPLS. However, corporations that require strictly high levels of performance could still benefit from legacy infrastructures and the reliability they offer. The good news is SD-WAN solutions can work using MPLS circuits to reinforce the performance and availability required by the network. SD-WAN is transport-agnostic, which means that it can be an overlay to an existing MPLS infrastructure.

SD-WN, as an overlay network, can improve the efficiency of MPLS. This solution allows users to route traffic to the best path that provides low latency and high performance. Business-critical traffic can be routed via MPLS, while low-priority applications can be transported through cheaper internet tunnels.

What SD-WAN does is it helps maximize the existing MPLS investment through using software to fulfill connectivity needs in the current landscape. With cloud-driven services on the rise, it’s important to provide alternative channels that ensure redundancy minus the costs associated with maintaining legacy connections. 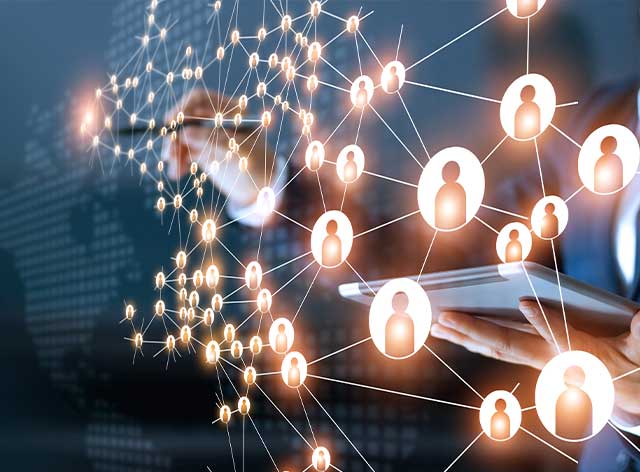 There’s also no competition when it comes to security because both SD-WAN and MPLS can keep data safe in different ways. MPLS as a private network is virtually untouchable to outside hackers, while SD-WAN is capable of encrypting data that is independent of transport security. Together, these solutions can protect data integrity, especially during transport.

MPLS is a component of the connectivity design, while SD-WAN plays a role in traffic management. Thinking of these two as complementary technologies rather than competing entities can help companies deliver the best customer service and experience that always spells higher returns for businesses.

A hybrid network model that overlays SD-WAN on top of MPLS is proving to be the perfect architecture for enterprises. It offers the best-of-both-worlds—the reliability of MPLS and WAN optimization of SD-WAN results in fewer operational costs and higher levels of performance.

What remains as a challenge to companies is choosing the right partner that will deliver comprehensive solutions in merging both technologies. There should be a smart plan in handling network requirements in today’s situation, and that could be through establishing reliable connections that can be managed through a centralized, user-friendly control function.

Despite what vendors might argue to highlight their products, technology is neither good nor bad. Therefore, it is up to the organization to evaluate their needs and consider all forms of solution available to guarantee better business operations. Dropping MPLS entirely might not be the best decision, but implementing SD-WAN on top of the existing architecture is a welcome change that ushers true digital transformation.